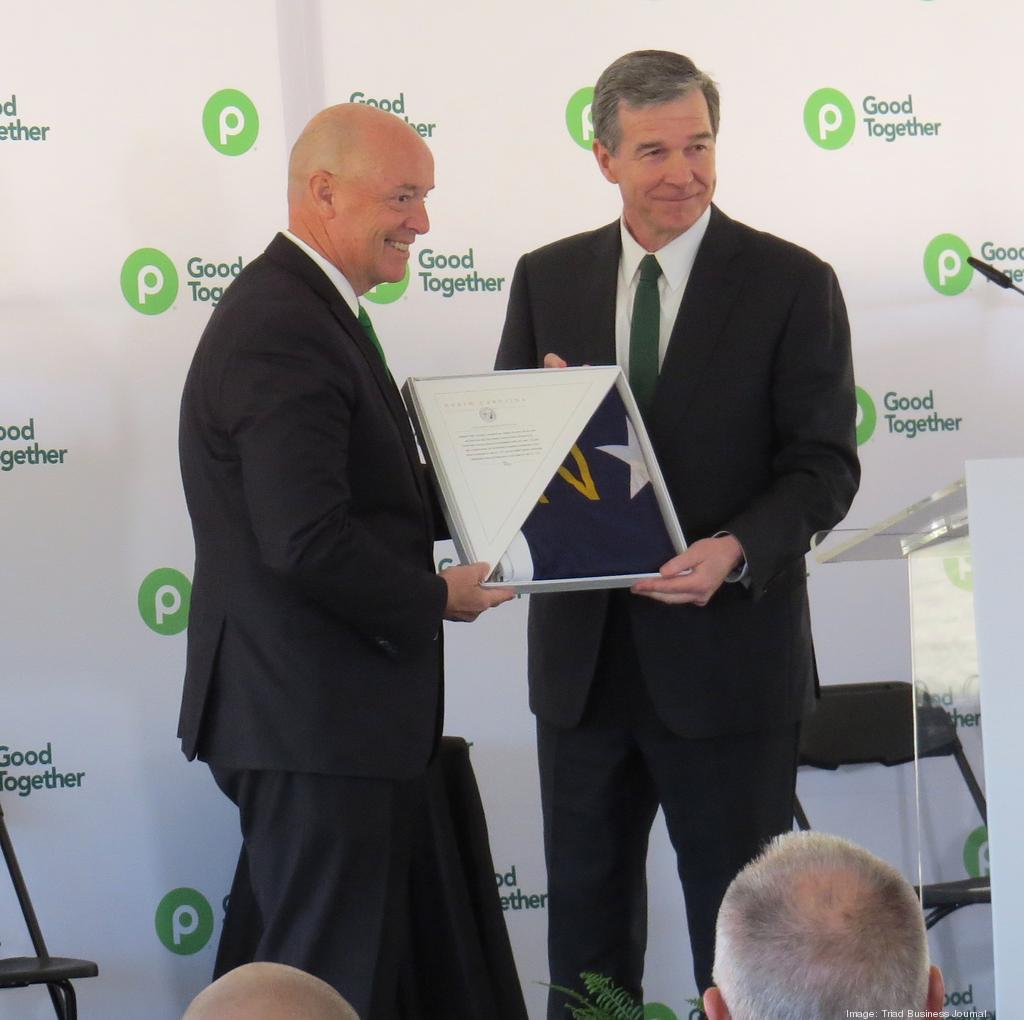 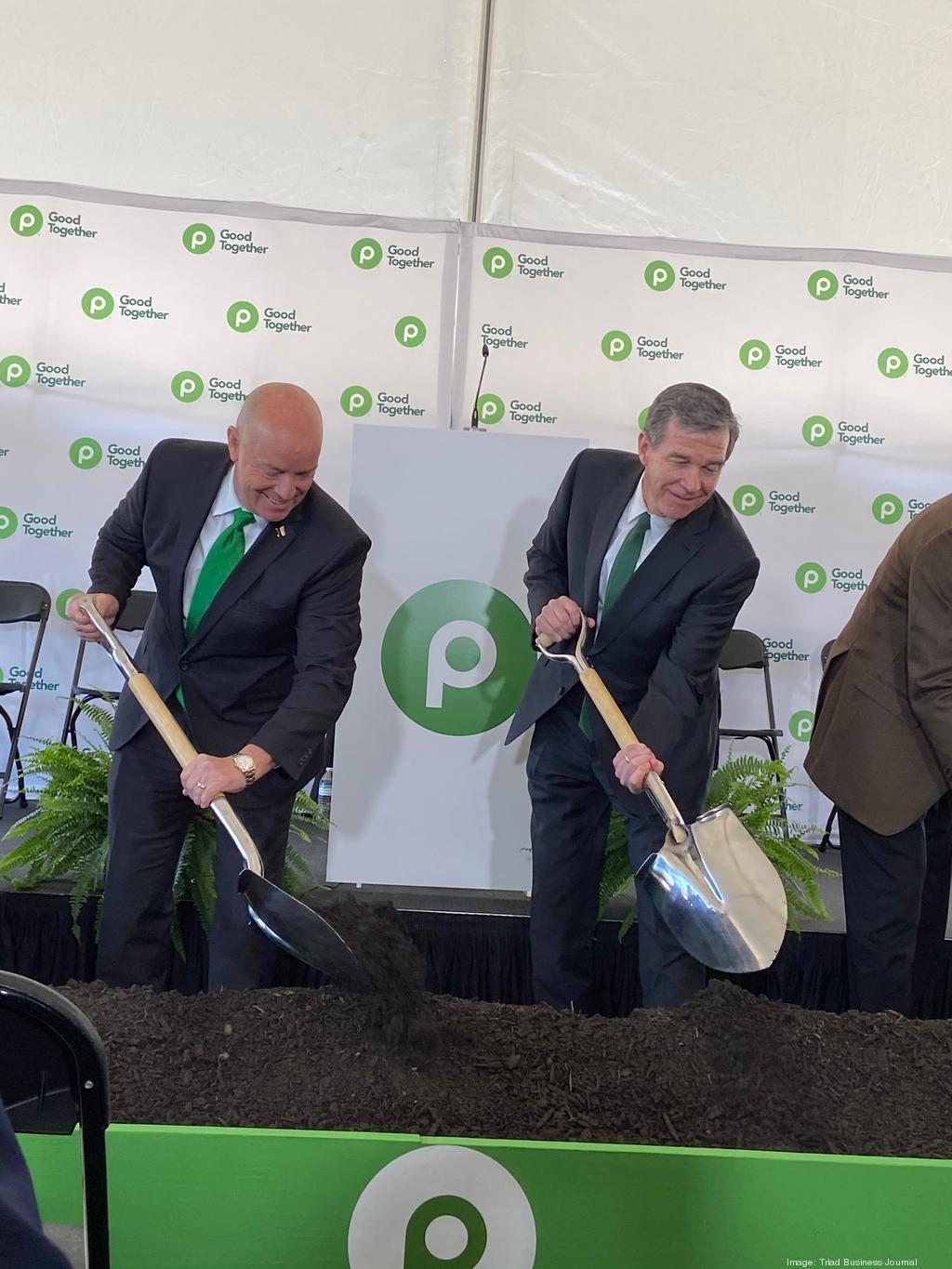 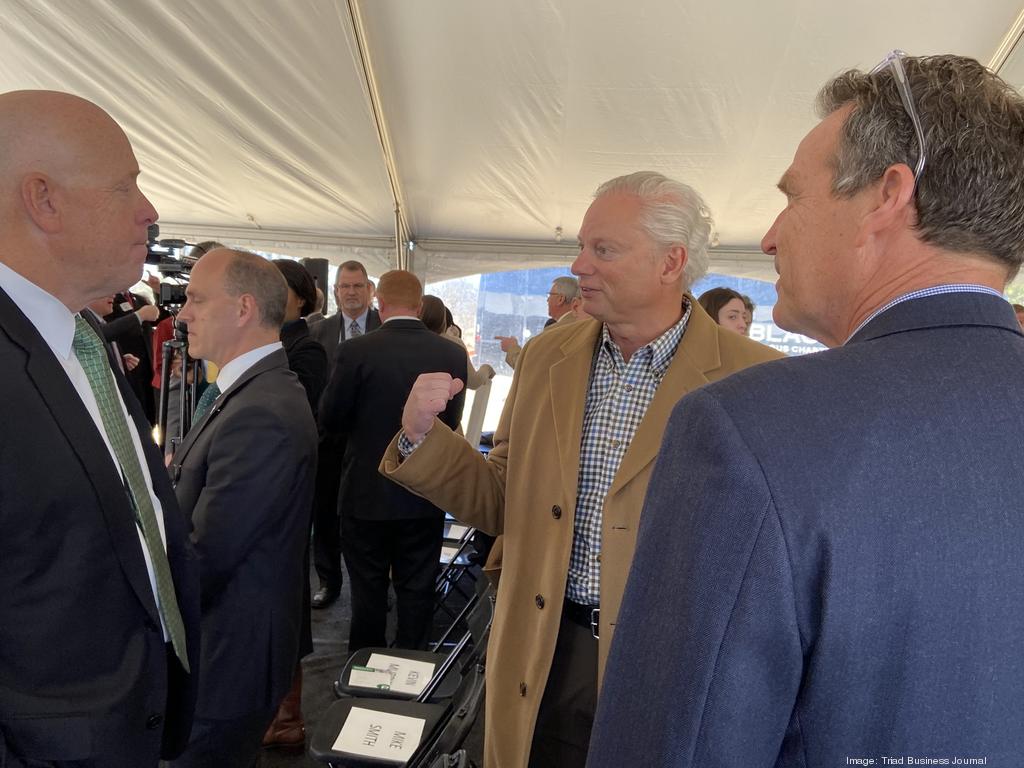 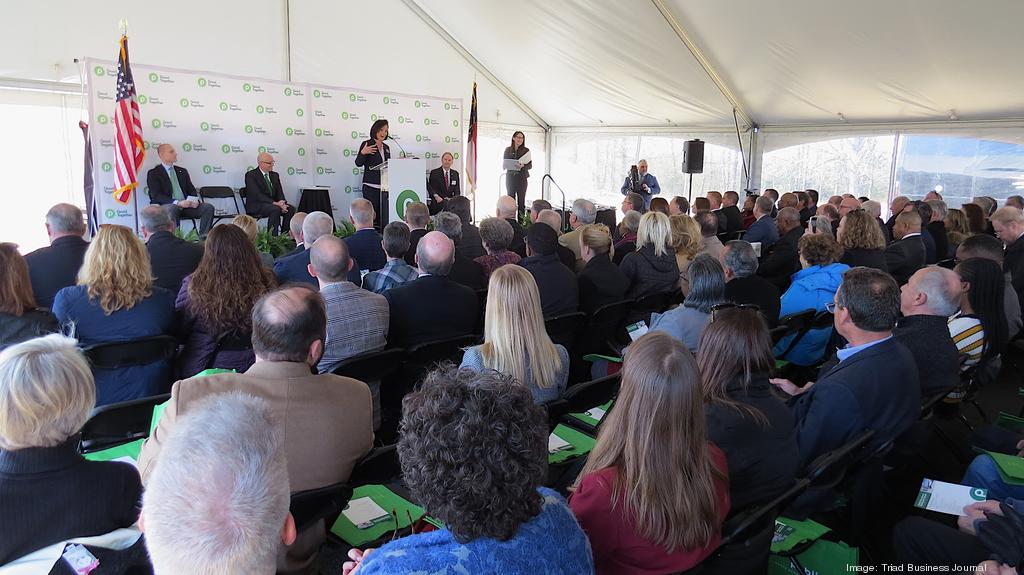 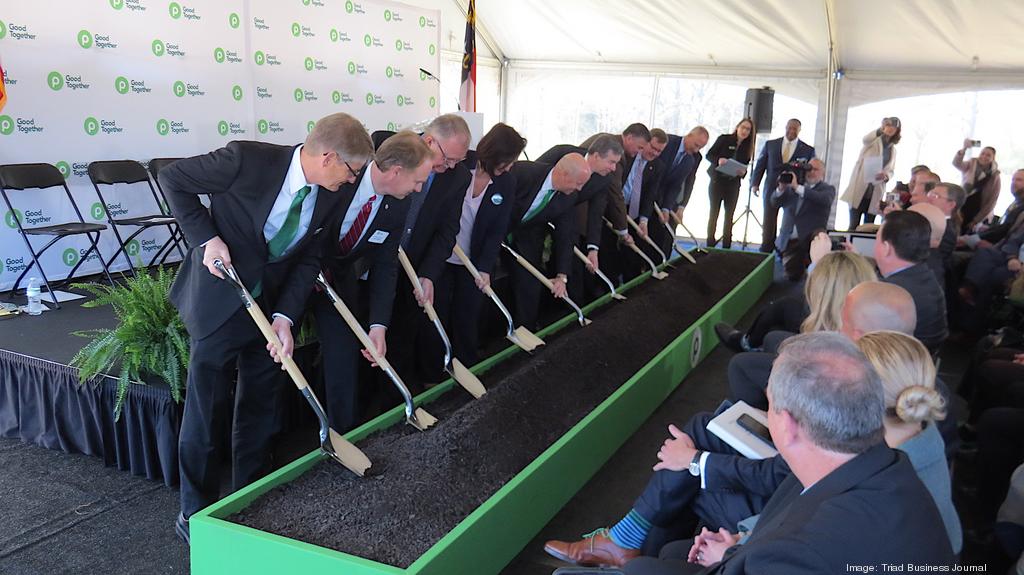 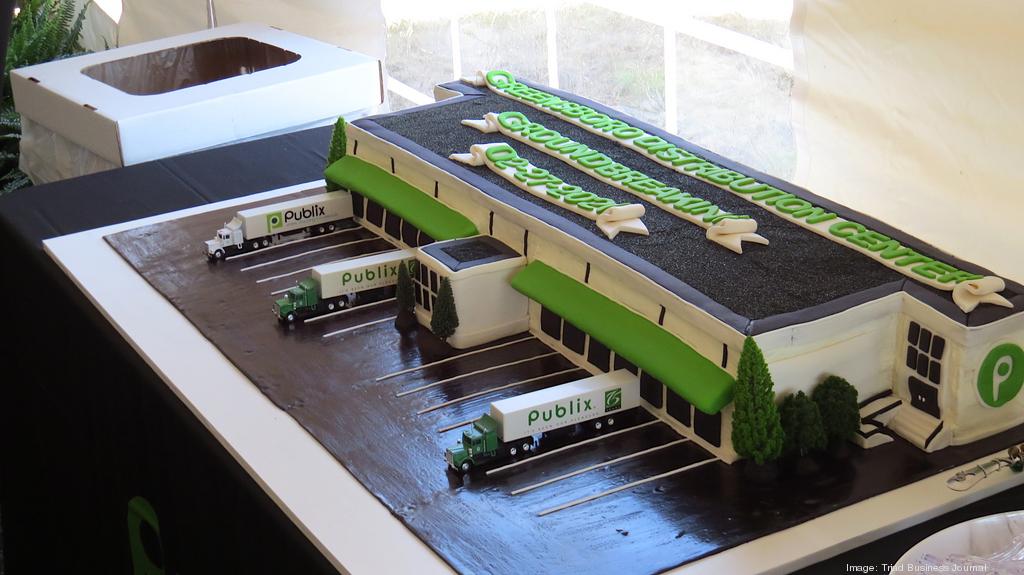 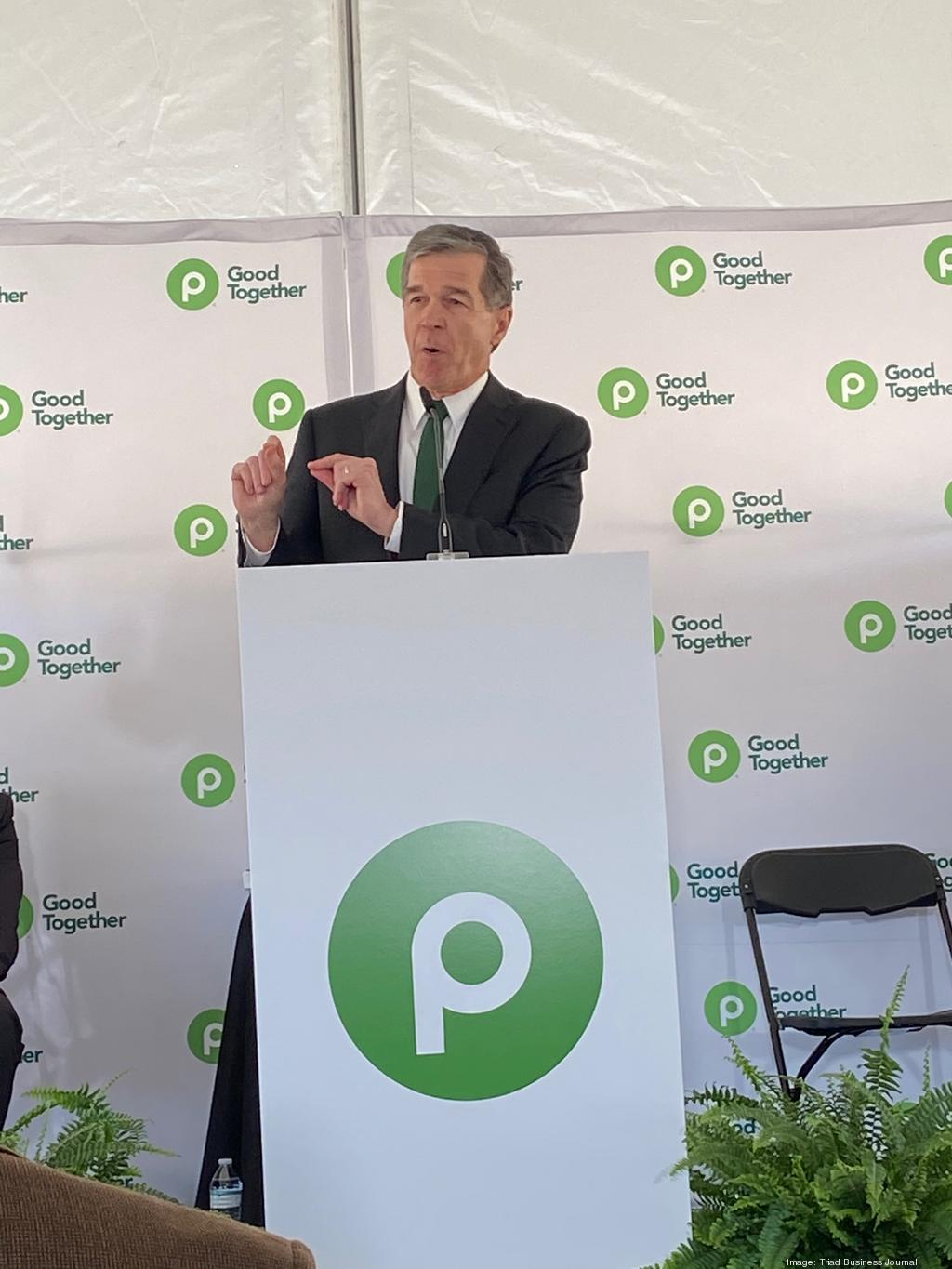 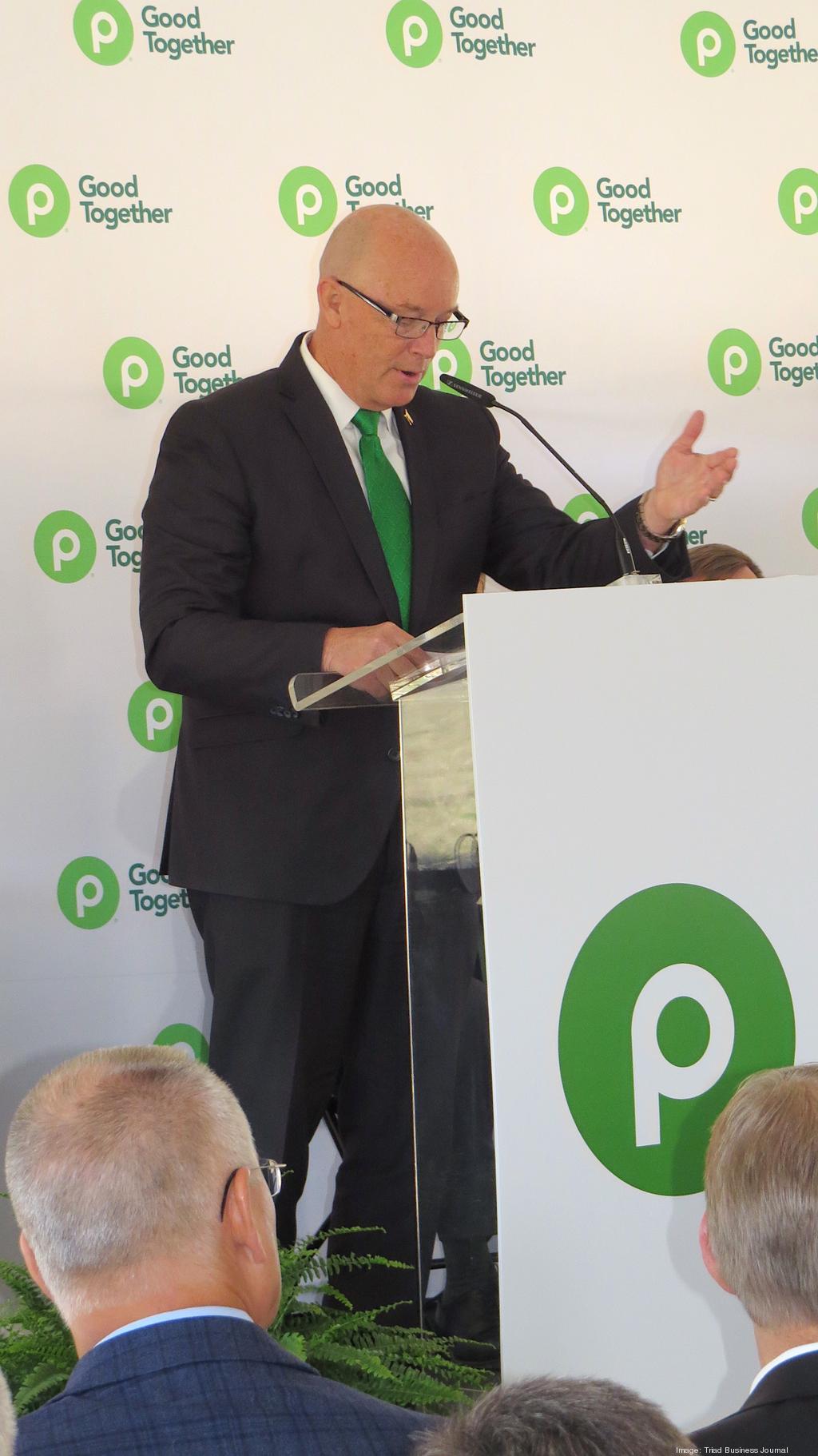 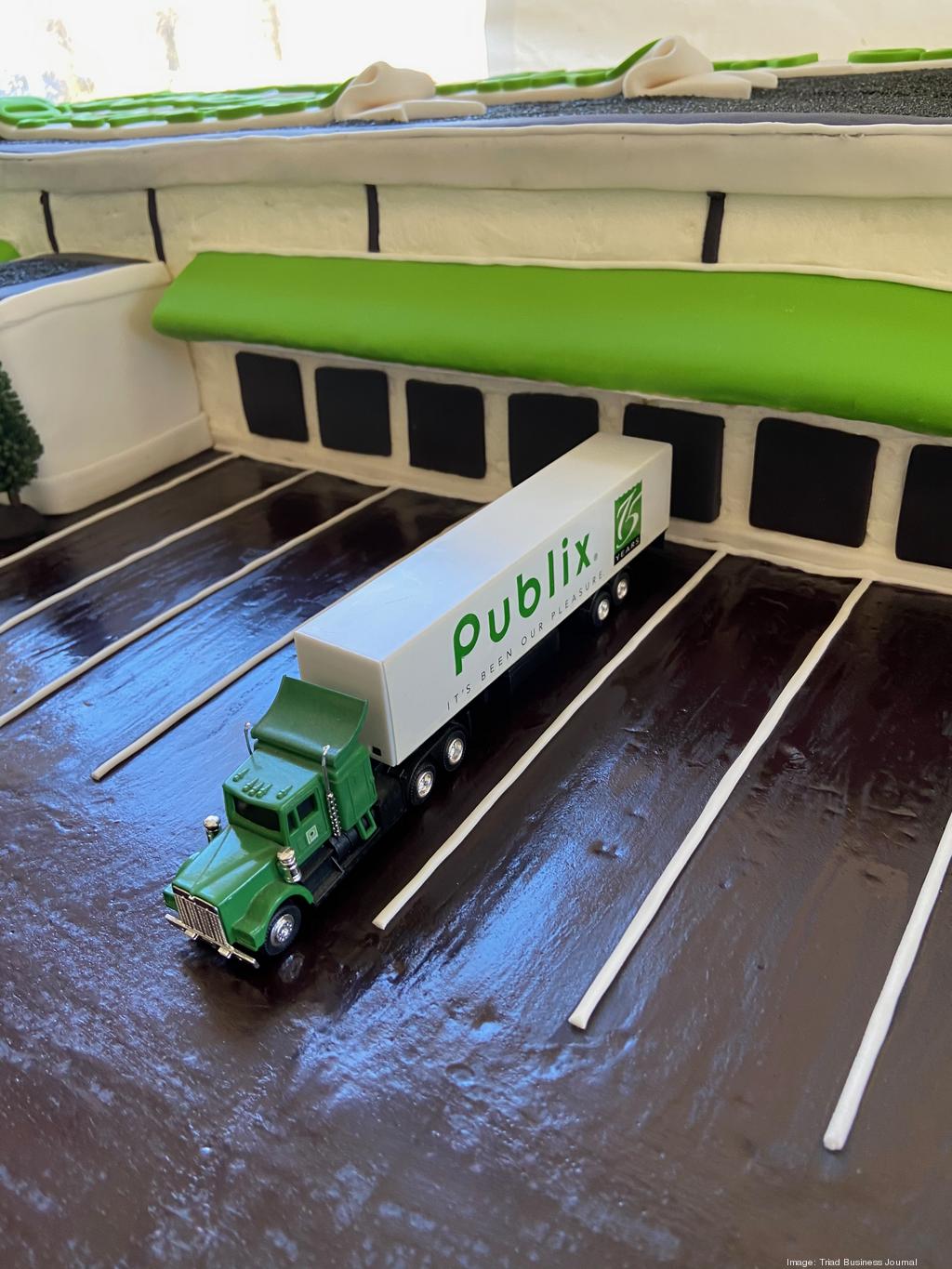 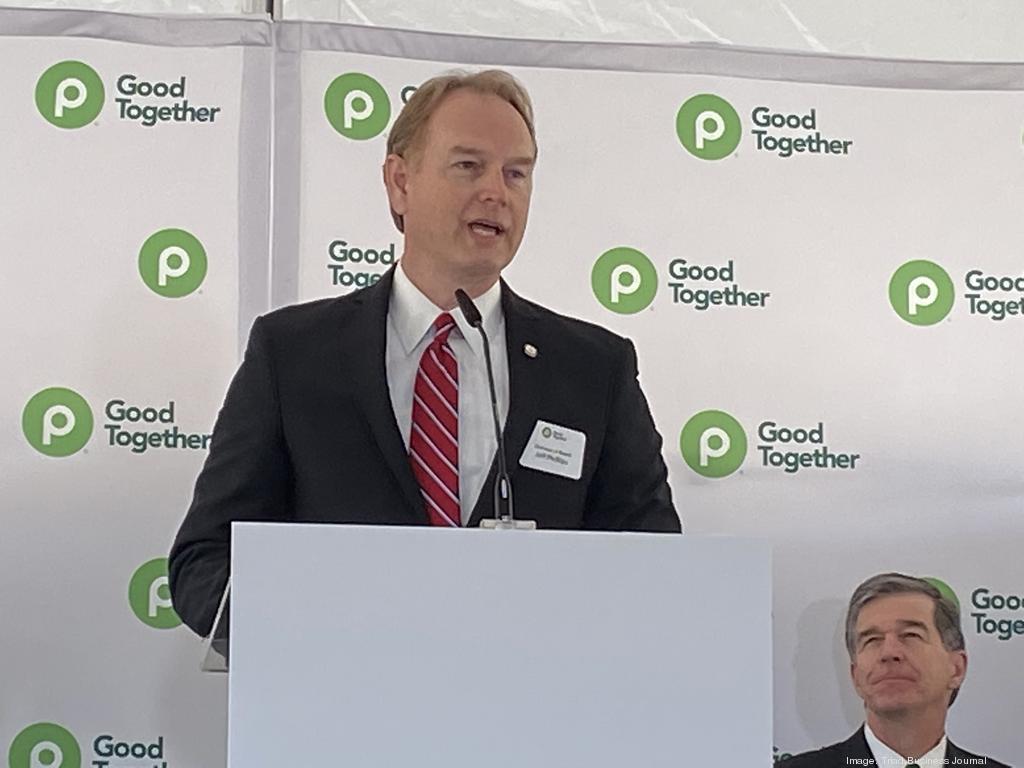 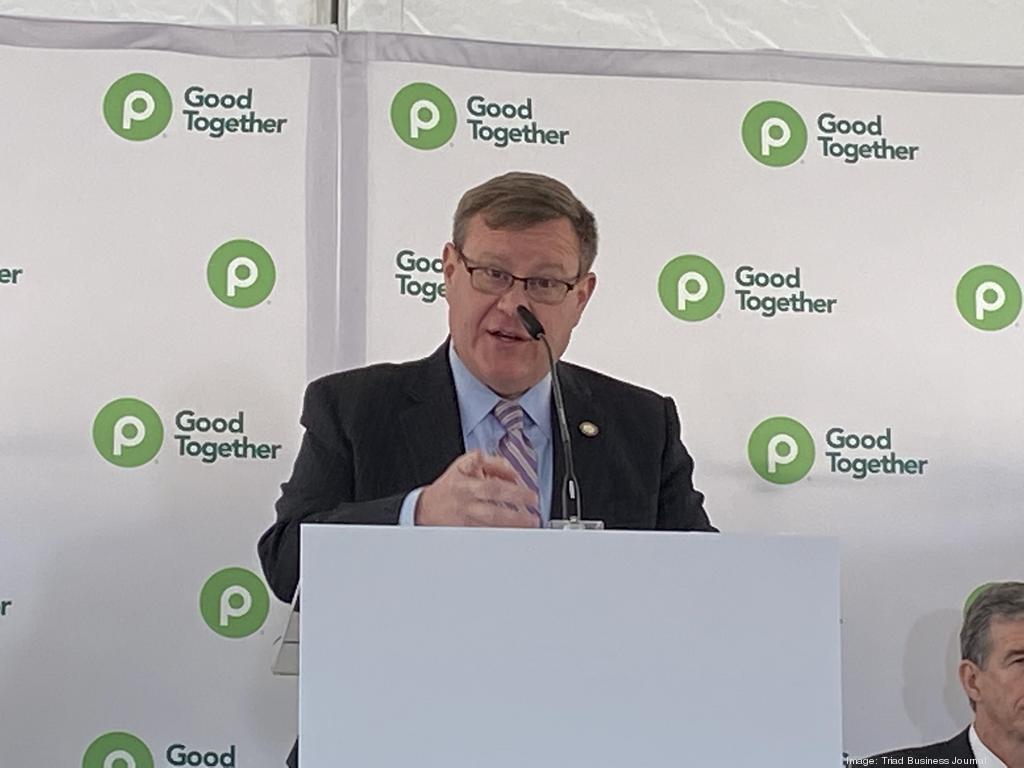 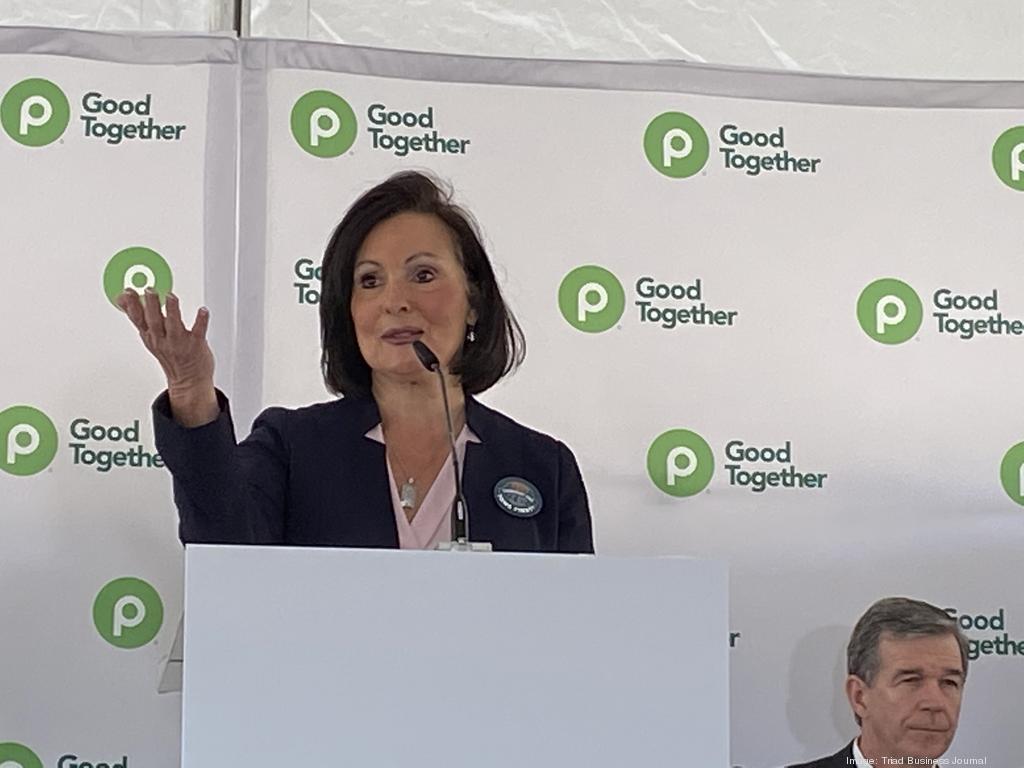 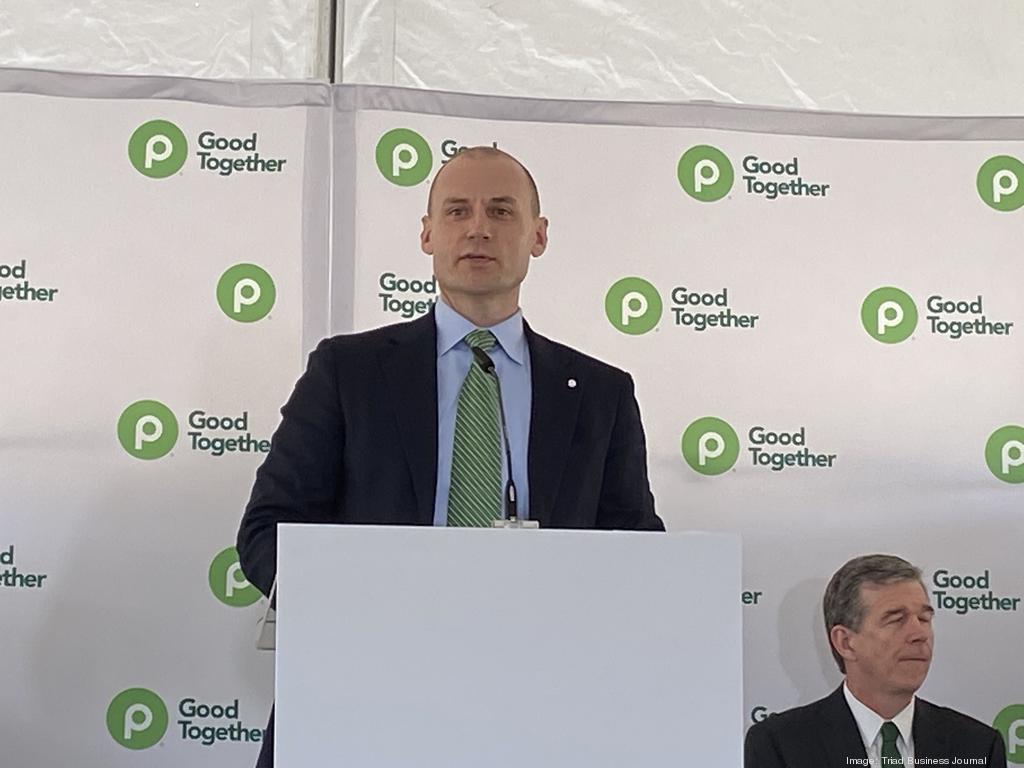 While the weather was nothing new to most of the more than 100 in attendance Thursday, the central Florida-based executive team accustomed to warmer climes held the event inside a heated tent, turning ceremonial dirt in a large, signature green trough as earth moving equipment worked elsewhere on the 360-acre project.

Site work has begun off U.S. 70 and Birch Creek Road on the $400 million project that will bring some 1,000 jobs paying an average annual salary of $44,000. That made it an easy decision for the state, city and county to offer upwards of $50 million including state and local tax refunds and state grants.

“I know this will come as a shock to some of you, but trust me when I tell you that the nine members of my board don’t always agree,” said Guilford Board of County Commissioners Chairman Jeff Phillips. ”But I can also tell you that on the question of our support for Publix’ decision to bring 1,000 new jobs and $400 million dollars of new investments to Guilford County … we were all in.”

According to a city report, the distribution center will produce an incremental increase in tax revenue of $19.9 million over 10 years. The company was incentivized by an 80% reduction of city and county property taxes over 10 years, equalling about $17 million each. The state offered a $15.9 million incentive package as well. North Carolina Speaker of the House Tim Moore said the facility would have an economic impact of $1.38 billion over the 12-year period of the state’s Job Development Investment Grant.

“We believe in preparing our associates for success because we want them to stay and grow,” said Jones. “This combined focus of associate development and promotion from within culture continues to be a success for Publix.”

A portion of the new Publix distribution center will sit on land that Greensboro-based developer Roy Carroll has owned for about 15 years. Once Carroll learned of Publix’ needs in order to locate here, he worked to assemble six other parcels by meeting with the property owners, putting them under contract and helping them to close.

“It’s a team sport,” Carroll said. “We have to have sites ready to go. We had already done some of the work in terms of environmental studies, and we needed to go out and put some more property with it. This is a large project on 360 acres. Basically you could just about land a jet inside these buildings. It’s going to be very impressive.”

Construction is expected to be completed in 2021. The company has until 2025 to create all of the 1,000 jobs. The location is within a day’s drive of 17 million Publix customers and 1,200 of its stores. The scheduled completion of the Greensboro outer loop in late 2021 will provide greater access to the region.

The new distribution center is located fewer than two miles east of Interstate 785, which comprises the eastern side of the loop.

True to the company’s commitment to charity — Jones said the company has donated more than $2 billion in food to those in need over the past 10 years — he presented donations of $2,500 each to Second Harvest Food Bank of Northwest North Carolina and to BackPack Beginnings.

“Our philosophy of giving is simple,” Jones said. “We believe that it is not just our responsibility, but it is our privilege.”