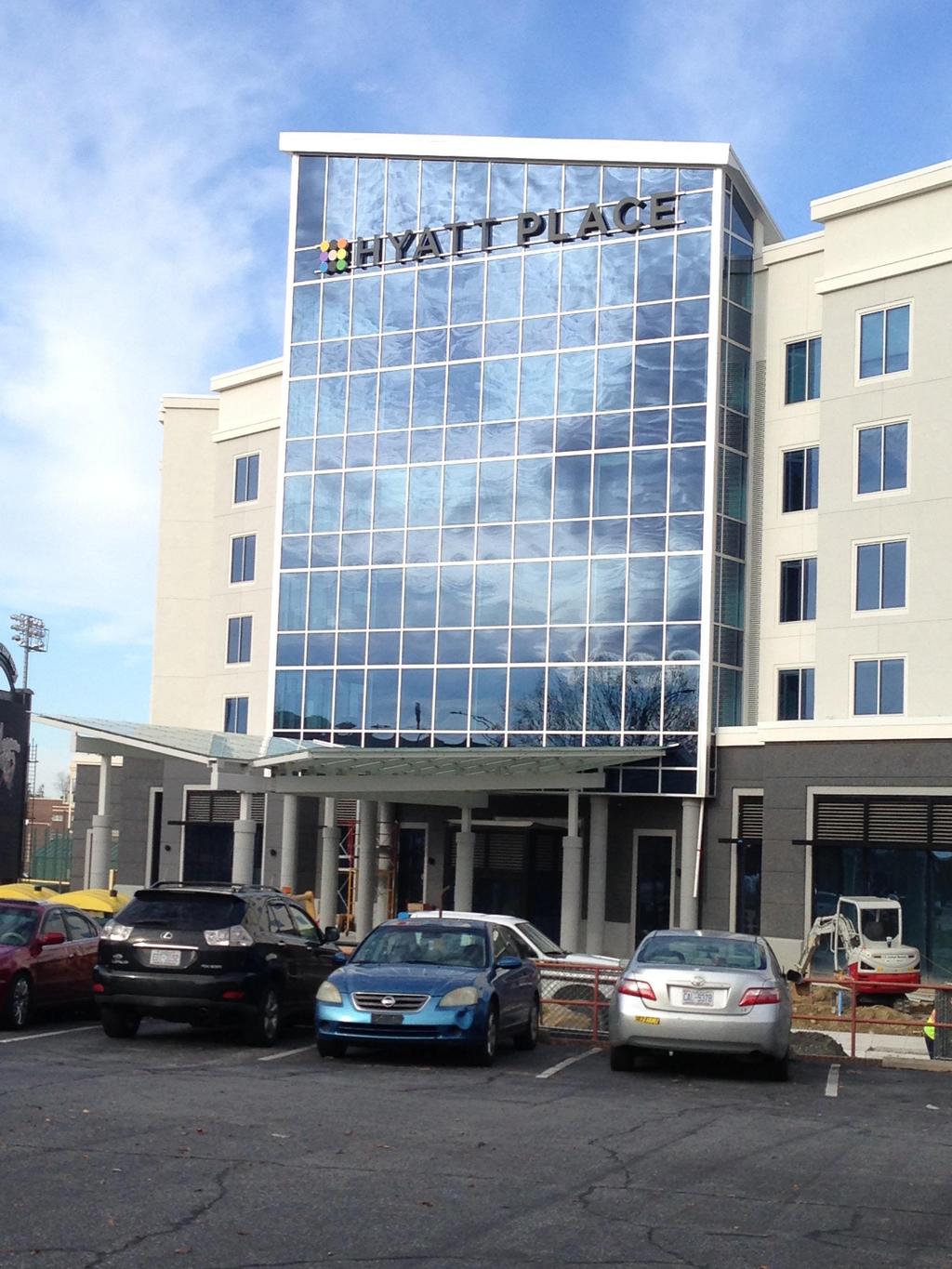 Roy Carroll is interested in owning more hotels. But not necessarily building or developing them.

Carroll developed and owns the Hyatt Place (NYSE: H) at Carroll at Bellemeade near First National Bank Field in downtown Greensboro. He also has plans for an AC Hotel (NASDAQ: MAR) across the street from the ballpark. In Wilmington, Carroll has a 230-plus room Westin (NASDAQ: MAR) planned as the centerpiece of The Avenue, a mixed-use project he is developing.

He’s never bought an existing hotel, but said the time appears to be right.

“It’s probably a lot cheaper than building them,” Carroll quipped Tuesday. “The market is still soft for hotels. We’re looking into buying some hotels. There are a number of hotels out there that have had low occupancy rates since Covid-19.”

Carroll said his company was looking as far west as Texas and as far south as Florida.

The $140 million South of Ballpark project runs along the west side of North Eugene, stretching between Bellemeade and West Friendly Avenue.

Carroll said he has yet to settle on a new name for Carroll South of Ballpark, though he admits at least one of his daughters is calling for a permanent end to the “Carroll SOB” working name.

Carroll said he was “quite certain” that the city-owned deck wrapped inside Carroll SOB would be completed by the end of the year. Samet Corp. is the general contractor for the deck, which will cater to tenants at Front Street Capital’s 400 Bellemeade office tower, as well as residents, tenants and customers at Carroll SOB and motorists coming to other downtown attractions.

As TBJ has reported, Carroll wants the parking deck to be substantially finished before proceeding with the hotel, housing, retail and office components planned for Carroll SOB.

“The Avenue is slow right now. We’ve got our foot off the accelerator,” Carroll said.

“You could see an adjustment in planning,” Carroll said. “All mixed-use projects are reassessing retail.”

Carroll said he’s still tinkering with plans for his first Car Caves location next to his Bee Safe Storage and Wine Cellar at 1016 Battleground Ave. in Greensboro.

“We’re on our third set of plans — we’re trying to get the concept right,” Carroll said. Site work has been done. Carroll said he hopes to have the Car Cave to open in the third quarter of 2021. Carroll said plans call for 31 units and a total of about 40,000 square feet.

Though Carroll said the Battleground location will be the first to open, he said other, bigger Car Caves are under development in Apex, Charlotte and Brentwood, Tennessee, a suburb of Nashville.