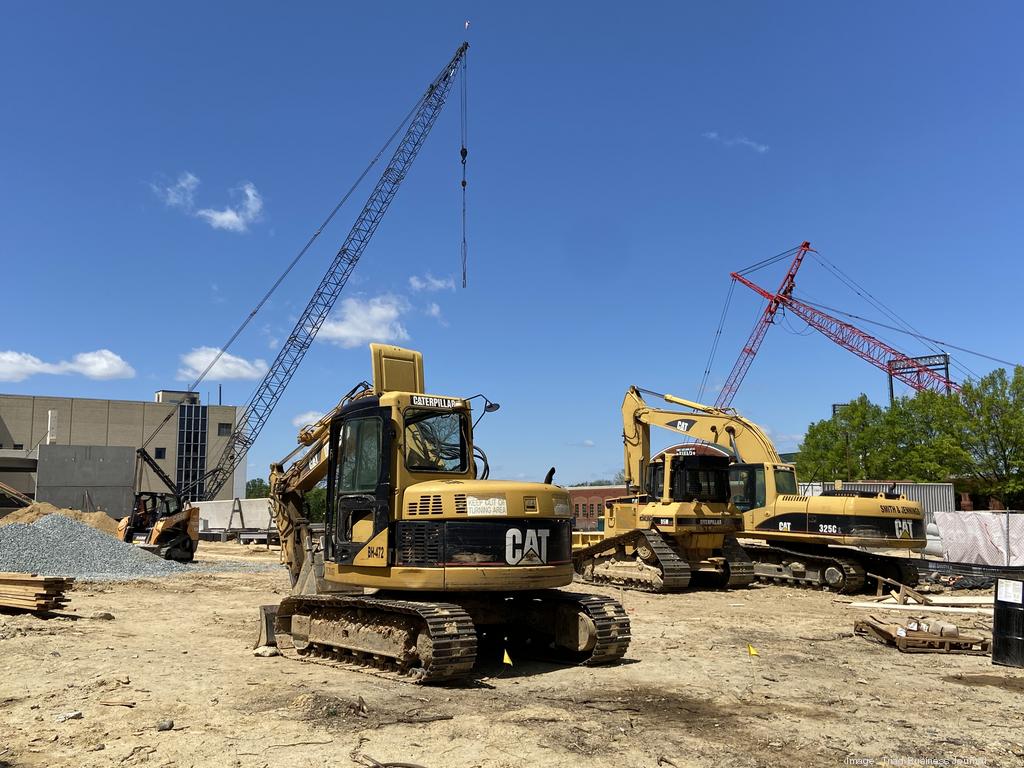 Carroll Cos. owns the resources to motor ahead during pandemic

The Carroll Cos. are “well capitalized” and looking for opportunities despite the Covid-19 shutdown, founder Roy Carroll told Triad Business Journal on Tuesday.

“I don’t think we’ve lost any momentum in our company,” Carroll told TBJ.

The company is proceeding with projects such as the $140 million Carroll South of Ballpark mixed-use plan in downtown Greensboro, development on three Greensboro-area industrial sites, and the growth of its Bee Safe Storage and Wine Cellar and Car Cave chains.

Carroll said he hopes to begin construction on his South of Ballpark project “by the end of the year.” He said he’s waiting on substantial completion of the $22-million, city-owned parking deck, which he will build an AC Hotel-office-residential-retail project around. Vertical construction on the parking deck is underway.

Carroll Cos. has not laid off, furloughed or cut the pay of its nearly 400 employees during the shutdown. The construction industry is exempt from the governor’s shutdown order.

Carroll announced the South of Ballpark project, which runs along the west side of North Eugene Street, stretching between Bellemeade and West Friendly Avenue, almost a year ago.

In March, Carroll announced a switch in hotel brands at CSOB from Aloft to AC Hotel — both are under the Marriott (NASDAQ: MAR) umbrella.

Though he has no office tenants lined up, Carroll said he has been in conversions with potential tenants.

Meanwhile, Carroll said he hopes to have an announcement within the next month or so about development at three sites, which could become industrial parks.

“We want to be industrial disruptors,” Carroll said. “We’re working with a handful of tenants.”

Carroll controls about 600 acres in east Greensboro. He also controls about 350 acres just above the Guilford County line in Rockingham County where N.C. 68 merges into Interstate 73 (formerly U.S. 220), and approximately 200 acres in south Greensboro with railway footage along I-85/I-40.

He believes shorter supply chains and an emphasis on American-made products will result from the pandemic. He said the pandemic hasn’t shut down industrial development.

“Those type of businesses think in the long-term,” he said.

Carroll, who has spent much of the pandemic with family in south Florida and at the beach near Wilmington, has not slowed land acquisition efforts, either. Within the past few weeks, Carroll said his companies had made $20 million in acquisition offers.

Carroll said one seller cut the price on a property that Carroll had under contract from $1.7 million to $1 million to ensure a closing.

Carroll has the ability to finance its projects, a bigger advantage during the pandemic as banks scramble to process PPP small-business loans.

“We’re well-capitalized. The reality is we can always close,” Carroll said. “There are always opportunities during down economic times. We’re looking for bargains. We came out stronger from the 2008 recession than when we went in.”

Three Bee Safes — in Columbia, South Carolina, near Austin, Texas, and at 3005 Martinsville Road in Greensboro — opened in the past two weeks. As of last week, there were 17 Bee Safe locations open in the Carolinas, Texas and Tennessee. Carroll said he has “13 or 14” currently under construction.

Carroll said he hopes to have his first Car Caves location on Battleground Avenue in Greensboro to be ready by the end of the year.

Car Caves, which Carroll describes as a type of “car country club,” will allow tenants to upfit their units, which will house their vehicles, including RVs.

“We want to try it first in our own backyard,” Carroll said. “We’ll make some mistakes and learn from them. And we’ll do some things right. We want to get the right recipe.”

Carroll has other Car Caves planned in the Charlotte, Raleigh and Nashville markets.

It hasn’t been all business for Carroll. He drove his Bee Safe Ferrari (NYSE: RACE) in two Ferrari Challenge Series races at Road Atlanta in early March — his car was hit on the last lap of the first race, and he finished in the middle of the pack in the second race. Prior to the Covid-19 shutdown, he also was scheduled to race in upcoming months at Indianapolis; Montreal; Laguna Seca, California; Watkins Glen, New York; and Abu Dhabi, United Arab Emirates.