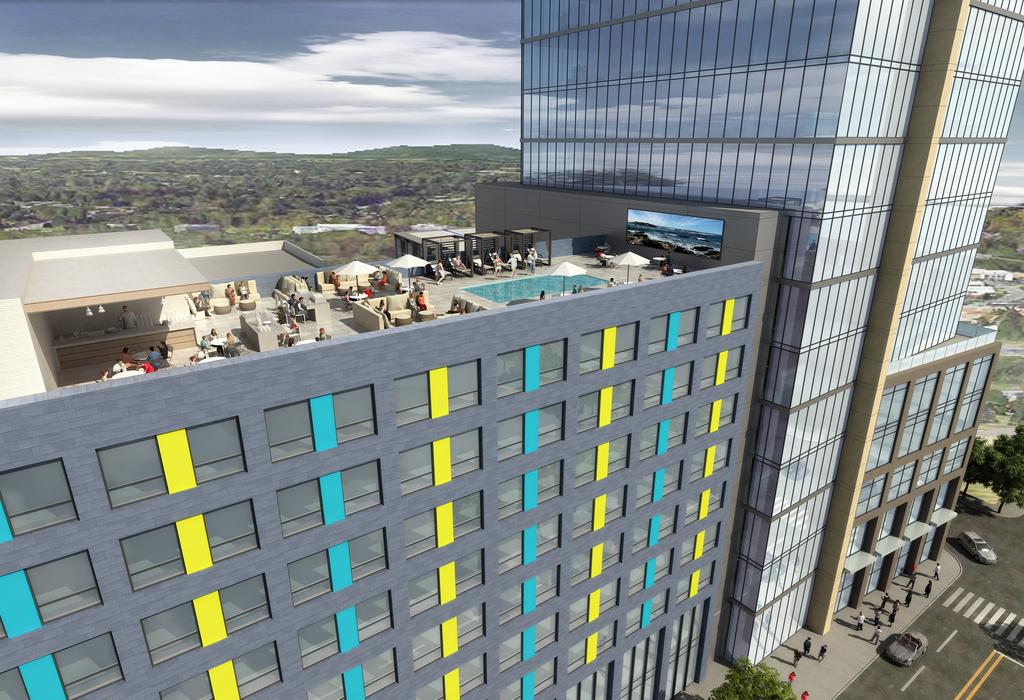 15 storylines to watch in the ’20s: Downtown Greensboro

After decades of slumber, downtown Greensboro seems on the verge of emerging from the shadows cast by Charlotte and Raleigh.

There’s activity in the downtown sector. Signs of life after 6 p.m. — rare outside the South Elm/Lewis streets corridor — are increasingly present.

Roy Carroll has opened a Hyatt Place — only the city’s second major hotel brand downtown — and is preparing to build an Aloft brand hotel and apartments just a short stroll away as part of his $140 million Carroll South project. His 290-unit Bellemeade apartments should all be open soon.

Another short stroll away, the 3,000-seat Steven Tanger Center for the Performing Arts is scheduled to open in March, offering Broadway musicals and other quality entertainment.

Linking north and south growth is the Westin Hotel planned by a group headed by Maryland developer Greg Dillon, who also holds an option on the 6-acre Greensboro News & Record property, a block to the east.

The biggest piece of an expected revival is the Tanger Center, which quickly sold out of advance tickets for the first season of Broadway shows. Many Tanger attendees figure to eat, drink and sleep at downtown restaurants and hotels.

What about jobs, the variable that is typically mentioned as most important to downtown Greensboro’s future? Can Greensboro draw millennials away from Charlotte, Raleigh, Durham, Charleston, Wilmington and Asheville?

Kontoor Brands, the company spun off as VF Corp. moved its headquarters to Denver, has added a couple hundred jobs as it has become its own company, and continues to advertise for multiple positions. Meanwhile, Andy Zimmerman’s renovated Old Greensboro Gateway Center lured Centric Brands, a newly formed company with a couple hundred jobs that were at risk of relocating from Grandover to New York or Los Angeles. And The Fresh Market is expected to move its headquarters and about 300 jobs downtown.

Downtown Greensboro has upped its game with additions such as Tanger as well as eateries and gathering spots such as South End Brewery, a remodeled Natty Greene’s and the newly opened Smohk’d barbecue concept on North Elm Street, across from Kontoor. Also in the works on the north end at the former site of Crafted: The Art of Street Food is Machete, born out of a popular local dinner club.

Time will tell how quickly more such developments might follow, but the center city is certainly worth watching.